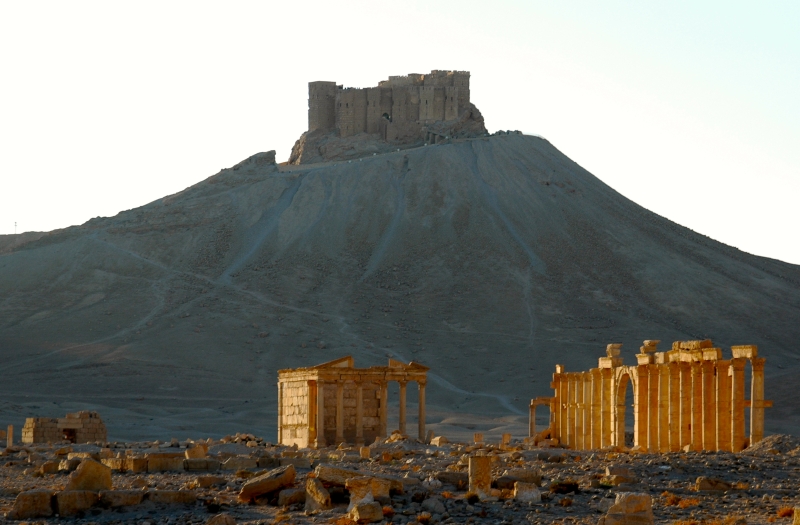 Power in itself can lead to very painful defeats. Many of us learn this in business school or out of private interest by reading the works of Machiavelli and many other political strategists. Other men often teach this by example: there’s a reason why Putin has clung on to power despite him finalizing his term as Russia’s president, and a reason why Mugabe is so reluctant to leave power while still sacrificing his ZANU-PF political party in Zimbabwe.

One of the more tragic lessons, however, is that of the Syrian queen Iulia Aurelia Zenobia, often referred to as Al-Zabba, “the one with long lovely hair”. Zenobia herself claimed to be a descendant of Cleopatra VII of Egypt, and was a strong ruler of the Palmyrene empire, which was based out of Palmyra, somewhat centrally located in today’s Syria.

She came to power through her marriage with Palmyran king Septimius Odaethanus. One year after the birth of their child, her husband as well as her stepson were both murdered. With her son only 1 year of age, she rose to power and bestowed herself and her son with the titles Augusta and Augustus. Whilst Zenobia gained the trust of the Roman emperor by protecting the east of his empire, this feeling soon switched into sheer rivalry.

Zenobia, a fierce warrior queen herself, took over vital trading routes from the Romans, and was quickly in close combat with the Roman empire. Despite her stature and the power of both her kingdom and army, there was no protecting against the Roman barbarians waiting at the gate, and the ancient capital of Palmyra was quickly conquered.

Zenobia and her son managed to escape on camel back, but were quickly caught up on and captured near the Euphrates river. Both were taken hostage by emperor Aurelian, and despite the death of her son, Zenobia was still forced to join in the so-called Triumph parade of Aurelian. In the end, things did not turn out too bad for dear Zenobia. Impressed by her beauty and the way she had commanded her army, Zenobia was freed and given a place to stay in what is today Italy. She ended up becoming a well-known socialite. Still, the empire she once lead to power had been vanquished, and its population dramatically reduced.

Interesting, and in some ways related is that Zenobia’s mother tongue was in fact Aramaic, the language spoken by Jesus. Syria still has a small number of villages, of which Malula is the best known, where Aramaic is still the first language. While I’m neither a linguist nor a geographer, I couldn’t help but think we might have Zenobia to thank for that.

Today, Palmyra is Syria’s top tourist destination. It still doesn’t see much visitors – my guess is the “axis of evil” story may have something to do with that, but there is still a small tourism industry, mainly run by bedouin who have changed in their camel and the mass of food it requires for the convenience of the motorcycle and the local gas station. 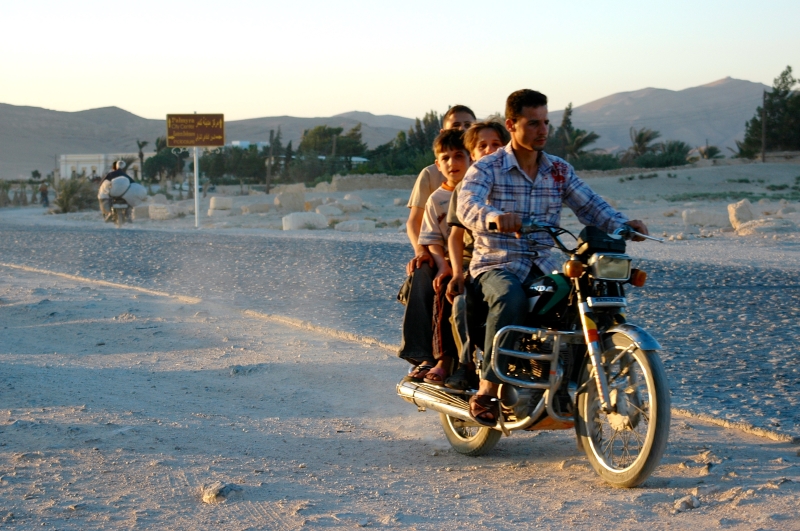